The crate from Marrakech  has arrived. It came in the afternoon in a very unromantic  OCS white van. The crate was damaged and opened. In the top was a mysterious animal skin bag and I feared some of my shipment had been nicked. 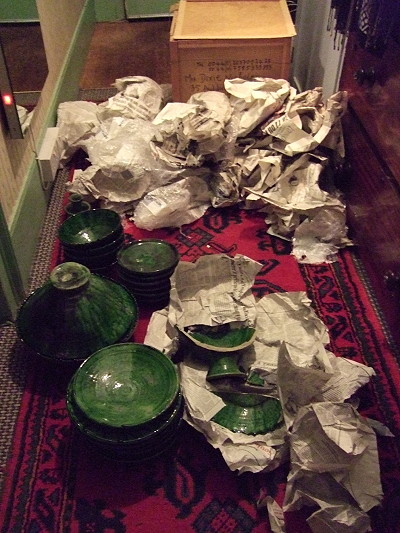 I gingerly unpacked to find everything there but when I came to unwrap the very last piece it was shattered. It was the bol sur pied. 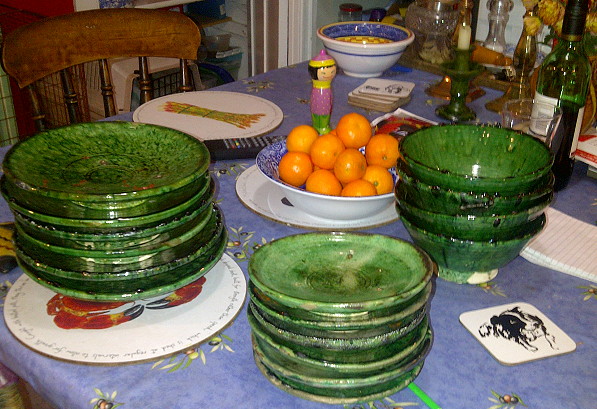 But I had all the sets of plates 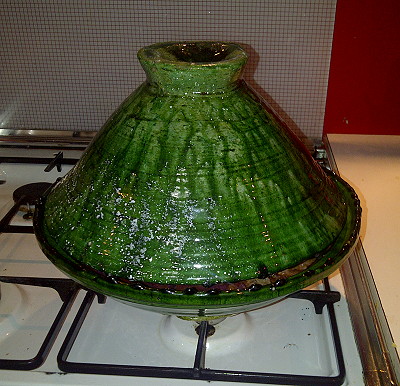 And the tagine pot, a proper one which sits on the fire on top of the stove and ought not go in the oven. So with trepidation, now or never, I cooked a beef tagine hoping that I had properly understood how to use it. 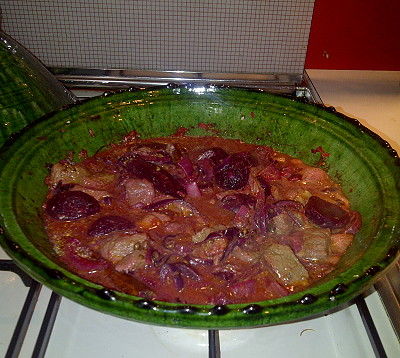 By the end of the cooking the tagine pot and I had made friends, we understood each other and worked together 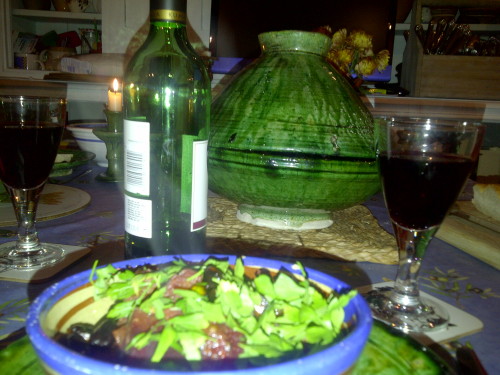 With the aid of cheap red wine and my Fes bowls from two decades ago we had supper. That little candlestick to the left of the bottle, that is the gift that warms the deal and makes the connection between the seller and the customer. 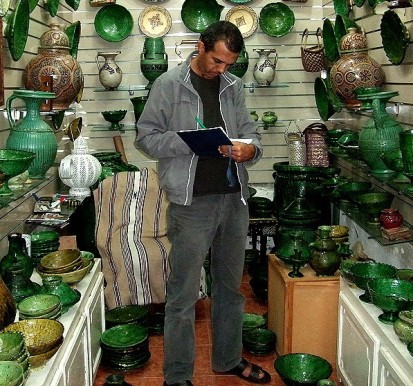 This is where I bought them and that is Mourad who fell for this green Tamgroute pottery and has filled his shop in the souk in Marrakech with it. He is adding up how much money he wants. 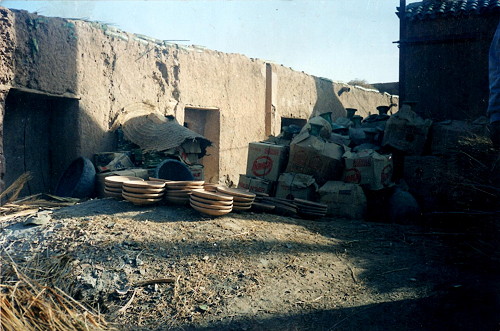 Tamgroute is on the edge of the Sahara, the glaze is an ancient Berber recipe known to seven families of potters  Tamgroute pots are crudely made, full of lumps and bumps, it wobbles atrociously, the glazes come out differently from plate to plate, there is little control of the process 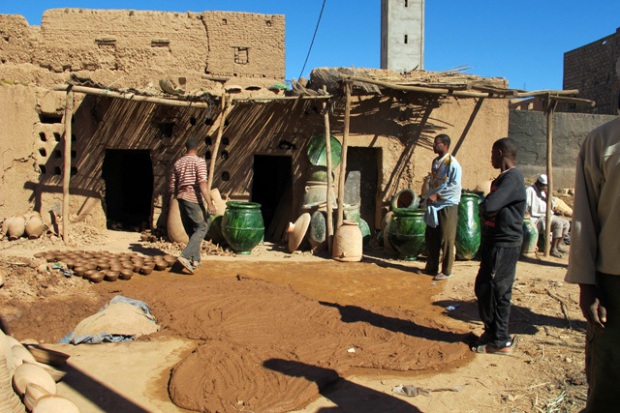 The sun dries the clay ready to work 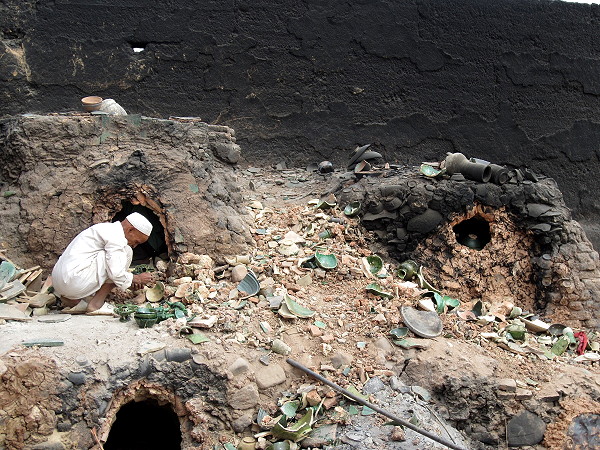 There are plenty of kiln deaths

Not to mention the transport deaths

But the result, the difference it makes to use things made by hand, things with another life embedded in them, somehow that elevates the mundane task of cooking and eating.  It has a  feel good factor which pushes out the mean bits of living which makes the  indulgence of time and money to acquire it really worthwhile.

11 thoughts on “The crate is here”